What are the precision laser cutting

Precision laser cutting is the use of high power density laser beam irradiation to cut the material, so that the material is quickly heated to vaporization temperature, evaporation to form holes, with the movement of the beam to the material, the hole continuously forms a narrow width slit, to complete the cutting of the material.

The laser beam with high energy density is used to heat the workpiece, so that the temperature rises rapidly, and the boiling point of the material is reached in a very short time, and the material begins to vaporize and form vapor. the ejection rate of these vapors is very large, and the incision is formed on the material at the same time as the vapor is ejected. Material vaporization heat is generally large, so laser vaporization cutting requires a large power and power density.

When laser melting and cutting, the metal material is melted by laser heating, and then the non-oxidizing gas is injected by the nozzle coaxed with the beam, and the liquid metal is discharged by the strong pressure of the gas to form an incision. Laser melting cutting does not need to vaporize the metal completely, and the energy required is only 1 / 10 of vaporization cutting.

Laser melting cutting is mainly used for cutting some materials or active metals that are not easy to oxidize, such as stainless steel, titanium, aluminum and their alloys.

The principle of laser oxygen cutting is similar to that of oxyacetylene cutting. It uses laser as preheating heat source and oxygen and other active gases as cutting gas. On the one hand, the ejected gas interacts with the cutting metal and reacts with the cutting metal, releasing a large amount of oxidation heat; on the other hand, the molten oxide and molten matter are blown out of the reaction zone to form a notch in the metal. Because the oxidation reaction in the cutting process produces a lot of heat, the energy needed for laser oxygen cutting is only 1 × 2 of that of melting cutting, and the cutting speed is much higher than that of laser vaporization cutting and melting cutting. Laser oxygen cutting is mainly used for oxidation of carbon steel, titanium steel and heat treatment steel. 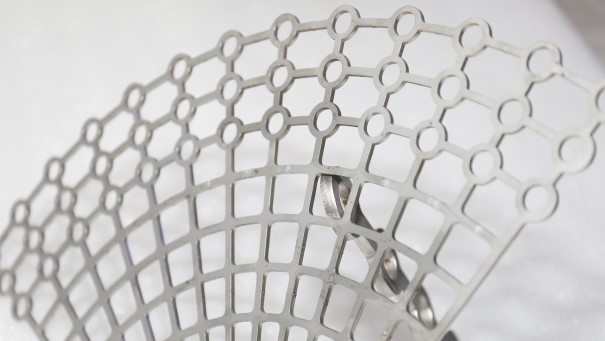 Laser slicing is the use of high energy density laser scanning on the surface of brittle materials, so that the material evaporates out of a small slot under heat, and then apply a certain pressure, the brittle material will crack along the slot. The lasers used for laser slicing are generally Q-switched lasers and CO2 lasers.